This article is part of the Investor Office series of discussions with key figures in Canada’s financial services industry whose work impacts investors. The views expressed in this article are entirely those of Andrew Kriegler and are not intended to represent the views of the Investor Office or the Ontario Securities CommissionOntario Securities Commission An independent Crown corporation that is responsible for regulating the capital markets in Ontario. Its mandate is to provide protection to investors from unfair, improper or fraudulent practices, to foster fair and efficient capital markets and confidence in capital markets, and to contribute to the stability of the financial system and the reduction of systemic…+ read full definition

Catching up with Andrew 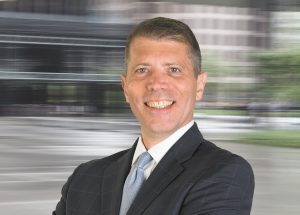 We first sat down with Andrew in 2016 to talk about his background, his role at IIROC and IIROC’s investor-focused initiatives. Read the 2016 interview.

We recently sat down again with Andrew to catch up on some of the latest developments at IIROC and its continued investor-focused initiatives.

I think the most significant development that we’ve been working on over the last couple of years, from an investor protection perspective, is strengthening IIROC’s legal authority to investigate, enforce regulatory rules and collect fines.

IIROC is a national organization, recognized by each province and territory. It’s not a trivial thing to get each jurisdiction to change its laws. We’re extremely pleased and proud that we’ve managed to get eight provinces to change their laws so far. The eighth province, Saskatchewan, introduced in November legislation that will enable us to collect fines directly through the courts and is awaiting final passage. [In addition to legislation being introduced and/or passed in eight provinces, the Superintendents of the three Territories (through authorization orders) also recently enhanced IIROC’s enforcement toolkit.]

And it wouldn’t have been possible without the support of the Canadian Securities Administrators which the Ontario Securities Commission is a member of, recognizing that what we’re trying to do is a better job in the mandate that we’ve been given.

That’s been really significant. What we’re trying to do is make sure that the system of rules that we have in place has integrity, has teeth.

There’s still a bunch of work that needs to be done. But there is a very, very positive momentum. And, we’re going to continue working on that with governments and securities regulators across the country so that at the end of the day there is a consistent and high level of protection for all Canadians. If you’re an investor in Ontario dealing with an IIROC-regulated firm, you deserve the same level of protection from the system – which means the system must have the same level of effectiveness – as if you were in Alberta, or British Columbia or Newfoundland.  That’s what we’re shooting for.

On IIROC initiatives and priorities…

We’ll be publishing a new annual priorities document in the spring. We’re also in the middle of refreshing our three-year Strategic Plan.  I want to highlight a couple of initiatives:

One is IIROC’s continued focus on investors and how the system looks after investors. We’re working with the OSCOSC See Ontario Securities Commission.+ read full definition and the other regulators on the idea of a “safe harbour” that would permit advisers to take steps to protect the rights of investors when they think that either the client is not making decisions that is in their own best interest – there are cases of incapacity from time-to-time – or even worse arguably, when they think that perhaps the client is being victimized by somebody close to them.

We want to support advisers when they are taking steps to protect their clients.  That’s an important initiative that we’re working on and I think it shows the cooperation of the system. This is what works well in the Canada: when we try to get together to solve a problem that affects Canadians equally. So that’s a very positive collaboration.

We also went out to actually hear what investors have to say. What we’ve done over the last couple of years is set up a group of about 10,000 Canadians who we can go to and ask questions about policy issues and a variety of other questions that matter.

For example, we went to this group when we proposed “alternative forms of discipline” that would seek to try to streamline our disciplinary process.  Doing so could enable us to spend more resources where it really matters, on larger and more significant matters and not on matters that are either minor or administrative or where the facts aren’t really in dispute. If a firm realizes that there’s a problem and they want to deal with it, let’s get it done without bogging down the system in unnecessary administrative burdens. There was actually a fair degree of investor support as well as useful feedback about specific features, some of which we’re incorporating in the policy process as it moves forward.

The final initiative I’d like to highlight is, in some ways, the largest and an area that has had the least amount of discussion so far – it is what we call the “evolution of advice”.  We’ve been working on this for the last year or so to support the efforts of the industry to provide products and services to investors in the way that they want them. Digital transformation has become a buzzword in all sectors of Canadian and global societies these days. But it’s clearly changing the way in which the advice experience is being delivered to clients.

We recognize that our regulatory model was based on a way in which those services were delivered in years and in some cases, decades past.  Access to financial services is as much an investor protection issue as protection from bad actors. Both are important. We’re looking at ways in which we can facilitate the delivery without comprising protection in the traditional sense of the word, so that’s an enormous exercise. We’ll be coming out with a first report soon.   We’ll then be going out again and to figure out what we’re going to do about next steps, including additional consultations with other stakeholders.

IIROC works closely with securities regulators in each province and territory, and only by working closely with them – individually and as a group – can we really deliver together on what we’re trying to do to support the capital marketsCapital markets Where people buy and sell investments.+ read full definition doing their job – offering investmentInvestment An item of value you buy to get income or to grow in value.+ read full definition and financial choices to Canadians and doing it in a way that gives them the maximum choice and opportunity – while at the same time protecting investors. Our goal continues to be to work ever more closely and effectively with the OSC and our other partners across the country.