Read the latest updates to help with your finances and investments during the COVID-19 outbreak. Learn More

This article is part of the Investor Office series of discussions with key figures in Canada’s financial services industry whose work impacts investors. The views expressed in this article are entirely those of Bill Black and are not intended to represent the views of the Investor Office or the Ontario Securities CommissionOntario Securities Commission An independent Crown corporation that is responsible for regulating the capital markets in Ontario. Its mandate is to provide protection to investors from unfair, improper or fraudulent practices, to foster fair and efficient capital markets and confidence in capital markets, and to contribute to the stability of the financial system and the reduction of systemic…+ read full definition.

Bill Black will be the Chair of the Board of the new Capital MarketsCapital markets Where people buy and sell investments.+ read full definition Regulatory Authority (CMRA) after it launches, and is currently Chair of the Board of the interim Capital Markets Authority Implementation Organization (CMAIO). The Investor Office recently sat down with Bill to discuss his background, the CMRA, the work that’s underway and his current priorities. 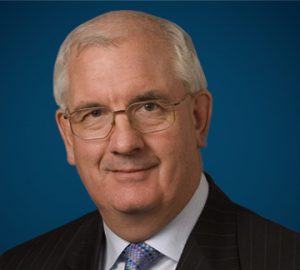 I started working with Maritime Life in the mail room when I was 15, and after working there for a few summers, joined the company permanently when I was 20, eventually becoming President and CEO. I left in 2004 when our parent company was bought by Manulife and our company was fully integrated.

I’m an actuary by training but haven’t practiced it in a while since I entered senior management. I’ve also served as Lead Director of the Bank of CanadaBank of Canada The central bank that sets Canada’s money policies. These policies help keep the Canadian dollar stable. They also affect our economy and our money supply. The goal of the Bank of Canada is to keep currency and the financial system stable. They are the sole authority to issue banknotes – bills.+ read full definition during the financial crisis, which was extraordinarily interesting, including working with Mark Carney. Not that Mark phoned me up for guidance every night (that’s not the way the Bank works), but it was interesting to be there during that time period.

I’m now the Chair of the Capital Markets Authority Implementation Organization (CMAIO), which is the interim body created to manage the transition to the new Capital Markets Regulatory Authority (CMRA), which I will also chair.

When I was approached about this role, I sought guidance from my wife Lorraine, and she said to me “when you don’t have enough to do you’re not fun to be around.” She has a way with words, so that was all the guidance I needed from her (laughs). So now I’m doing this.

The CMRA will be the unified, integrated, cooperative regulator in Canada, with six provinces and territories currently participating, plus the federal government. British Columbia, Ontario, Saskatchewan, New Brunswick, Prince Edward Island, Yukon and Canada are jointly engaged in the implementation of the Cooperative Capital Markets Regulatory System

The cooperative system is designed to strengthen and streamline the capital markets regulatory framework to protect investors, foster efficient capital markets and manage systemic risk while preserving strengths of the current system.

At one time, I think there was a perception that this was a huge federal initiative into which the provincial stuff was going to be subsumed. And that’s really not what it is. It’s really a provincial cooperative project with a much smaller federal government role. I phrase it this way because if you look at the money that will be spent, 95% of it is on the existing provincial mandates and only 5% on the federal mandate.

The CMAIO is the organization serving as an interim body. The CMAIO’s purpose is to assist in the transition to and implementation of a single operationally independent CMRA contemplated for the Cooperative System.

On the role of the Chair and board…

I am a big believer in having a non-executive board, in that you need some independent minds providing oversight to management, but until we have a Chief Regulator in place we are functioning somewhat as an executive board. Just recently, however, we announced the selection of the Chief Regulator, Kevan Cowan, who will start on November 21. This is a significant milestone for this project, and we’re really delighted to have someone with his depth of knowledge, expertise, and passion for enhancing capital markets. Kevan will be the CEO of the CMAIO and then the Regulatory Division of the CMRA once it is created. The board itself is accountable to the council of ministers (Ed. Note: The Ministers responsible for securities regulation from all the participating jurisdictions).

On his vision for the CMRA and current priorities…

The single most important goal right now is that on launch day everything works well. We will have some hiccups during those first 6-12 months, but after the initial period, I want people to say “it’s working and it’s better than we expected, and here are 3 or 4 reasons why”.

That’s my number one goal, that it works well. If we get some more jurisdictions to join in before, then that would be great, but that will not be a measure of our success.

On the importance of staff to the success of the CMRA…

The staff at the participating jurisdictions, including the OSCOSC See Ontario Securities Commission.+ read full definition, are really key to the success of the CMRA.

And so what I would say to staff is that we hope to be very transparent in our communications about where we are going. We hope that they will feel ownership of both the project and of the outcome and that they can look forward to being part of it.

After the CMRA launches, as a non-executive board we will not be freelancing any decisions. In addition to the Chief Regulator, we will have really good staff in place who are subject matter experts, almost all of whom will come from the current regulators. The board will not see a new regulation or proposed change to an existing regulation until it’s been fully vetted by the people there. I think staff will feel empowered under the CMRA.

I’m sure it’s been frustrating for the staff and commissionsCommissions What you pay to a broker or agent for their services. Often called a “sales commission”. For example, you pay a fee to someone who buys or sell stocks or real estate for you.+ read full definition that have been doing a tremendous amount of work behind the scenes for 2-3 years now to have the project move slowly. A lot of good people have done a lot of good work. I’m hoping that we now convey a sense of momentum and direction.

On what to expect in the coming months…

In addition to our selection of the Chief Regulator, we will also be establishing other regionally diverse leadership roles, some in the near future, and working with the existing commissions to establish the right structure. I would think that in six months we should have a pretty good idea of the shape of the organization.