This article is part of the Investor Office series of discussions with key figures in Canada’s financial services industry whose work impacts investors. The views expressed in this article are entirely those of Sarah Bradley and are not intended to represent the views of the Investor Office or the Ontario Securities CommissionOntario Securities Commission An independent Crown corporation that is responsible for regulating the capital markets in Ontario. Its mandate is to provide protection to investors from unfair, improper or fraudulent practices, to foster fair and efficient capital markets and confidence in capital markets, and to contribute to the stability of the financial system and the reduction of systemic…+ read full definition.

Meet Sarah Bradley, the new Ombudsman for Banking Services and InvestmentsOmbudsman for Banking Services and Investments A national, independent and not-for-profit organization that helps resolve disputes between consumers and financial services firms when they can’t come to a resolution on their own.+ read full definition. Sarah took up the post in September, succeeding Doug Melville who became the Channel Islands Financial Ombudsman. The Investor Office recently sat down with Sarah to hear about the role of the Ombudsman, her background and what she wants investors to know. 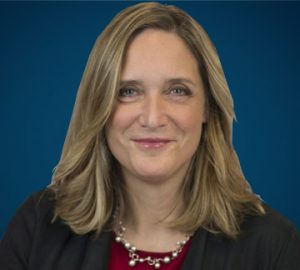 I was born and raised in Toronto, and started practicing law here. After a few years I decided to head off to do my Master’s degree at Harvard, lived in Boston for about a year and a half and then got married around that time. My husband is from Newfoundland, so we decided to settle in the east. We moved to Halifax and I briefly practiced corporate and securities law there, and later accepted a position at Dalhousie University’s Schulich School of Law.

While I was there, the position of Vice-chair of the Nova Scotia Securities Commission became available. Accepting that position was a really interesting experience; it provided great exposure to the application of securities regulation. It’s one thing to practice securities law or to talk about it, but when you’re actually engaged as a regulator, it can be completely different.

When the former Chair of the Commission retired, I took on that role for a few years. Later, when the opportunity at OBSIOBSI See Ombudsman for Banking Services and Investments.+ read full definition became available, after Doug [Melville] decided to start the ombudsman service for the Channel Islands, I decided to apply for that position and come home to Toronto.

On her first months as Ombudsman…

I’ve been impressed with what I’ve learned about OBSI over the last few months, and I’m particularly impressed by the dedication of its workforce. We have a very strong and capable staff that believes in OBSI’s mission and they look forward to helping people every day. It’s been inspirational, and I am looking forward to leading the organization into the future, which I think is very bright.

What investors need to know about OBSI…

Our staff reviews and investigates unresolved complaints from investors about products, services and advice related to banking and investments. If we find a firm has caused a loss for a consumer, we will recommend a settlement that is fair in all the circumstances of the case, including financial compensation, or non-financial actions such as correcting a credit bureau record. We can recommend compensation to investors up to a maximum of $350,000, though some cases have settled for more than that amount as a result of our investigation. If we do not find a basis for compensation, we will explain to the consumer why we came to that conclusion.

Our services are free to consumers, and very low-cost compared to the court system. We are also non-legalistic, meaning that it’s a much simpler process to go through us rather than the courts. It’s unnecessary to have a lawyer, though some people still choose to use lawyers on occasion.

We resolve complaints very quickly compared to other processes. Our goal is to close almost all of our investmentInvestment An item of value you buy to get income or to grow in value.+ read full definition complaints within 180 days. In that respect, we operate quite differently from the regulators or the courts.

When someone first contacts OBSI…

When an investor first comes to us, we want to make sure that they first try to resolve the dispute with the firm that they’ve been dealing with. It’s important for them to do so since many disputes can be resolved at the firm level, and the investor doesn’t actually need to come to OBSI.

Firms have 90 days to respond to an investor’s concern, and if the investor isn’t satisfied with the firm’s response, or 90 days has passed and they’re still not satisfied, then the investor can come to OBSI, but it’s important that the investor and the firm have had a chance to talk to each other first.

Sometimes investors feel that going to the firm is going to be futile, but it’s an important part of the process. Most firms, especially larger ones, have special officers whose job is to resolve disputes between the firm and its investors. Investors can contact OBSI if they about who to speak to at the firm. We can often put investors in touch with the right person at the firm that they’re dealing with.

When complaints remain unresolved by a firm…

We operate in a way that is intentionally simpler and faster than the court system. We don’t engage in some of the formalities found in the court system. We make decisions based on what’s fair to both the investor and the firm, taking into accountAccount An agreement you make with a financial institution to handle your money. You can set up an account for depositing and withdrawing, earning interest, borrowing, investing, etc.+ read full definition the general principles of good financial services and business practices, the law, regulatory policies and any applicable professional body’s standards, codes of practice or codes of conduct.

In determining what’s fair, we look at the rules that apply to a particular transactionTransaction The process where one person or party buys goods or services from another for money. Examples include taking money out of an account, buying something with a credit card or taking out a loan.+ read full definition or conduct that a regulator or court might impose in the same situation. That’s very relevant to us when we consider fairness. But we are a lot less focused on the formalities that you’d experience through a law enforcement agency or the court system because our objective is a quick and simple resolution that’s easy for investors to navigate.

Things regulators should be thinking about…

One of the biggest challenges that OBSI faces is public awareness. We’re here to help consumers and participating firms, and I think those firms generally know that we exist, but I’m not sure that consumers are quite as aware about the services we offer. It’s important for them to understand that there is a fast, fair, impartial dispute resolution system in place to help them, and in turn helps the participating firms as well.

There’s a role for regulators to play in ensuring that individuals with complaints have a way of finding out about OBSI. We do everything that we can, but as a non-profit organization, raising awareness can sometimes be challenging.

It’s also important for regulators to be mindful of the important role that OBSI plays in building investor confidence and promoting the integrity of our capital marketsCapital markets Where people buy and sell investments.+ read full definition. There’s been discussion over the years about potential alternatives to the “name-and-shame” approach of discouraging firms from unfair practices, and those are discussions that will continue in the future. It’s something that will develop through work with our stakeholders, including industry and consumer groups as well as regulators. Hopefully that’s a dialogue that we can advance in the coming years.

OBSI has a long history as a part of Canada’s financial services system. It’s been quite interesting for me to learn about the organization and getting to know stakeholders that have been engaged with OBSI over many years. The importance of OBSI’s role and the sophistication of its investigations have been steadily growing over 20 years. We’ve spent a long time developing our expertise and getting very good at what we do, so we’re looking forward to highlighting some of those achievements next year as we go forward with our anniversary celebration.

On what she’s been up to since moving to Toronto…

I’ve been away for 10 years, and a lot has changed in the city over that time. I’ve really enjoyed exploring and seeing how some of the neighbourhoods have transformed, as well as hiking the beautiful ravines of the city and seeing the impressive development along the waterfront. There’s been a lot to see and do, and I haven’t felt bored in the city yet. We’ve been really enjoying taking part in the cultural life of the city as well.

Given her time out east: Boston Red Sox or Toronto Blue Jays?

Toronto Blue Jays, of course. By the way, their winning streak started when my husband bought a Blue Jays ball cap when we first got here. I’m not saying that there’s a connection, but it’s possible.